Chart buzz features top songs from the billboard hot 100 and Itunes.  DJ Todd from Epic 1 Entertainment gives his thoughts on some of the songs and how they might be used for special events.  This week we feature the hottest releases and have the current hot 100 from billboard.  Itunes music charts always offers a variety of hot music and what is trending in the world.  Singer Bill Withers died this week and his song, Lean on me is #1 currently on the itunes chart.

The Weeknds, “Blinding Lights” has been the hot song since the release of his new album “After Hours”.  It is currently # 1 on the Billboard hot 100 and #4 on the itunes charts.  I love this song as it has an 80’s vibe.  The opening almost sounds like “take on me”  by Aha.

Post Malone’s “Circles” rises 5-4 on the Hot 100, after notching three weeks at No. 1 (Nov. 30, Dec. 7 and Jan. 11), and moves closer to the record for the most weeks spent in both the chart’s top five and top 10, the latter record one that the rapper-singer already shares:

This is a great mid tempo song for most events.

Dua Lipa’s “Break My Heart,” her follow-up to “Don’t Start Now,” launches at No. 21 on the Hot 100 billboard charts.  Dua Lipa is becoming one our favorite artists for upbeat dance music.  We love “Don’t Start Now”.

Harry Styles’ “Adore You” ascends to a new Hot 100 high (7-6), as does Doja Cat’s “Say So” (9-7). As previously reported, Styles’ hit becomes his first No. 1 on the Pop Songs radio airplay chart (and makes him the fourth member of One Direction to lead the list).

The top 25 songs on itunes 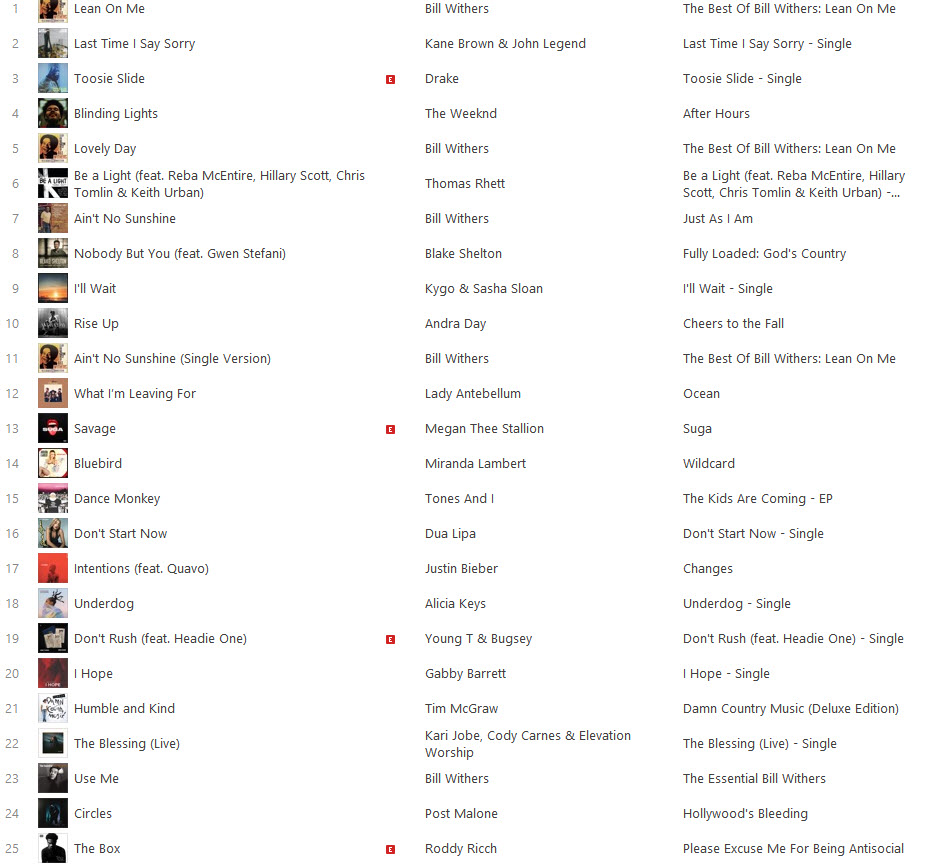 Check out our other posts for song lists.  Visit our Entertainment and Photo Booth sites at www.epic1entertainment.com and www.epic1photobooths.com